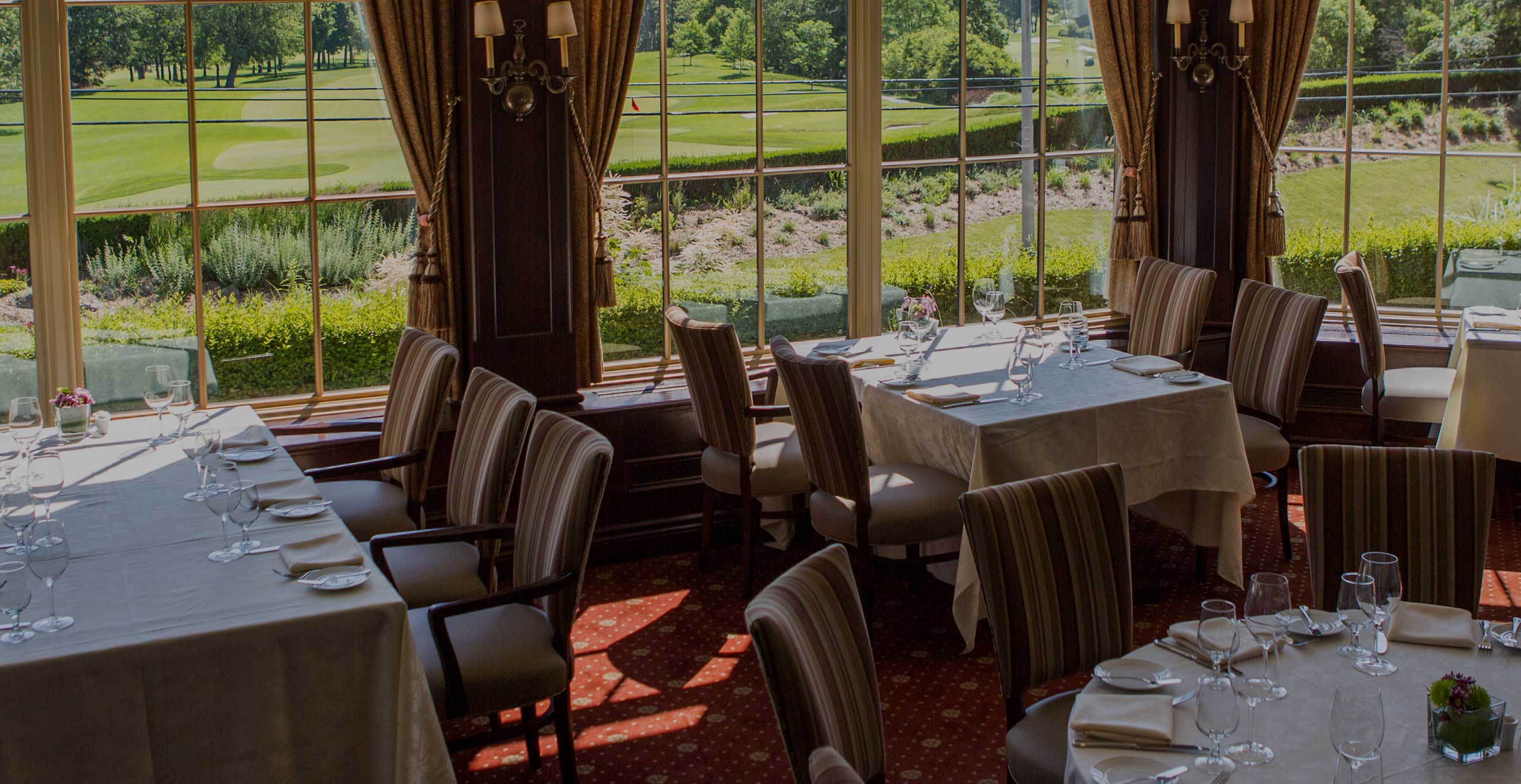 Private functions at St. George’s Golf and Country Club can be exclusively reserved in one of our five elegant event spaces, designed to accommodate gatherings of all types. St. George’s is the perfect place to host your next corporate event or special celebration. Our historic clubhouse is conveniently located minutes from downtown Toronto and is accessible by public transit and major highways.

Whether you are planning an intimate dinner party, an extravagant celebration, or a practical corporate retreat, our Catering and Events team will ensure an unparalleled experience your guests will not soon forget. Knowledgeable and service-oriented, our staff is committed to answering your questions and can assist with room set-up suggestions, menu selection, vendor recommendations and itinerary development.

From casual dining to gourmet cuisine, our Executive Chef and his team carefully selects only the finest ingredients and artfully prepare dishes for an excellent culinary experience. Select one of our thoughtfully prepared packages or design a custom dining experience from our many menu offerings. Our Sommelier can assist with custom wine pairings for an added personal touch.

Our unique clubhouse offers five distinct event spaces that can be transformed to accommodate a wide range of event types. From intimate dinner parties, to more elaborate affairs such as weddings, birthday parties, bridal and baby showers, baptism and communion celebrations, fashion shows, or holiday parties, our dedicated staff is here to help bring your vision to life.

Take the meeting out of the office and into the comforts of our clubhouse. Impress colleagues with quality service, expert staff, market fresh catering and meticulous attention to detail. Book one of our event spaces featuring a fireplace, wifi internet access, AV presentation equipment and conference calling capabilities.

Our members enjoy the added benefit of catering and take-out services. Whether picking up dinner on your way home from the office or after a round of golf, planning a special event off-site, or wanting someone else to take care of preparing your Thanksgiving feast – St. George’s offers thoughtful and convenient catering menus and full service custom menu development options. 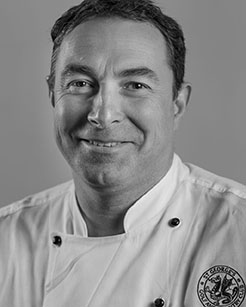 Chef Saunders puts his passion for diverse flavours, the freshest ingredients and meticulous attention to detail into every menu he creates. Committed to offering provocative and unique dining experiences alongside popular staples like our Steakhouse and Lobster features, Chef Saunders aims to make St. George’s a dining destination among members.

Originally from southern England, he completed his training in some of France and England’s finest country inns and honed his skills under Michelin star rated chefs in notable establishments such as; The Spa Hotel Tunbridge Wells, Horsted Place (East Sussex), and Le Hostillerie de Plaisance (Bordeaux).

Arriving in Canada in 1994, Chef Saunders has lent his culinary experience to prestigious establishments such as the Sherwood Inn in Muskoka, Waterside Inn in Port Credit, the illustrious Langdon Hall Country House in Cambridge and Oakdale Golf and Country Club in Toronto. His culinary style is often described as Modern Country House Cuisine.

Dine and dance the night away in an atmosphere that breathes sophistication and timeless elegance. The two-tiered dining room features panoramic windows that span the room and provide an impressive view, overlooking the 18th hole and the Toronto skyline.

A casual dining lounge and bar area, it is the perfect spot to share drinks after a round, catch a game, or grab a relaxed bite to eat.

* This is a member only space and not available for private bookings.

Dedicated to the architect of our championship golf course, the Stanley Thompson Room features traditional decor, impressive moulding and detailed woodwork. This space is ideal for intimate social and corporate functions.

Our covered verandah boasts impressive vistas of the Toronto cityscape and a birds-eye-view of our championship golf course. With a dedicated bar, live music performances and a popular BBQ menu, this space comes alive during the summer months and can be booked for pre-dinner cocktail receptions.

Our Board room is traditionally appointed and can be equipped with presentation and audio visual equipment. This space comfortably accommodates meetings of up to 12 people.