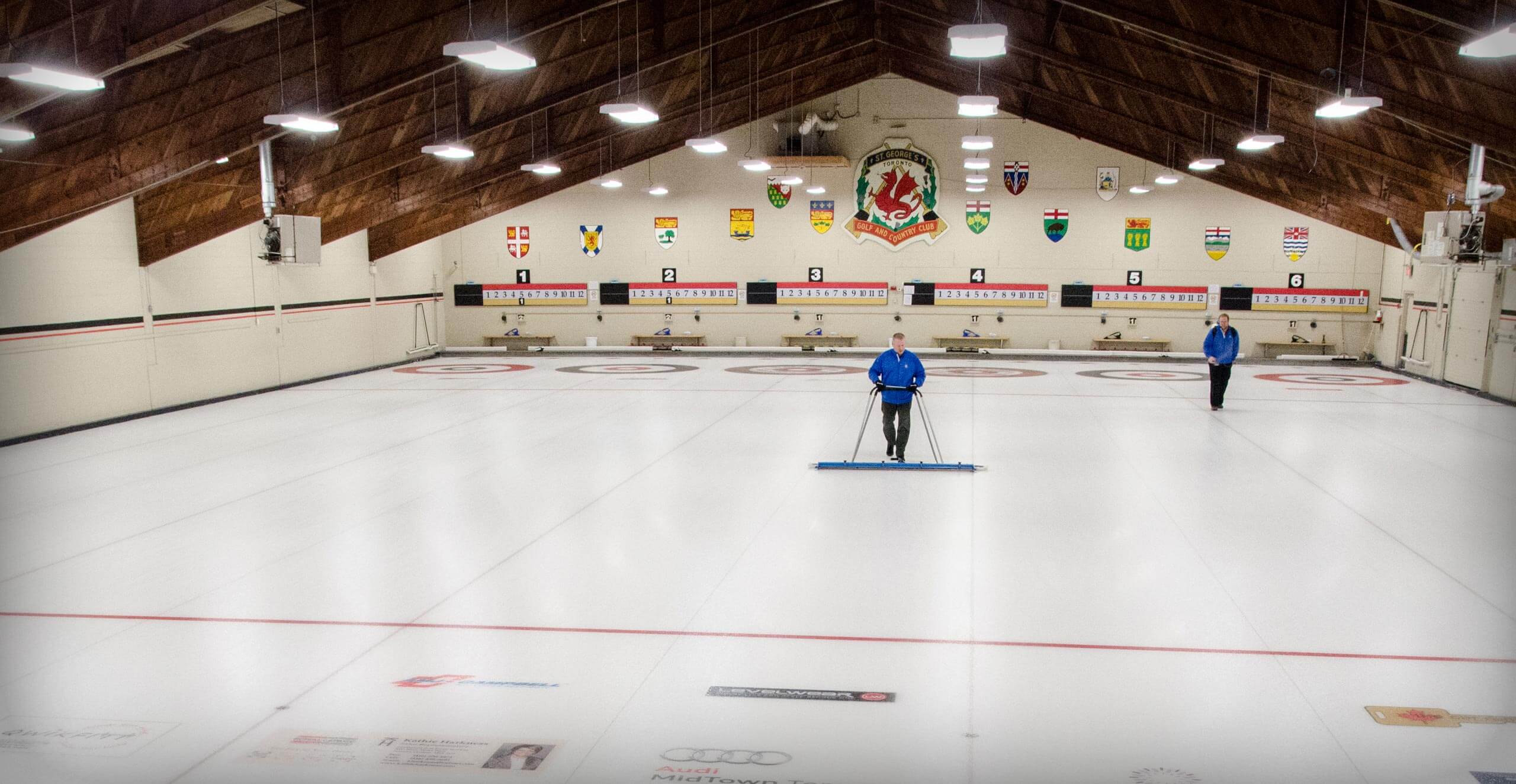 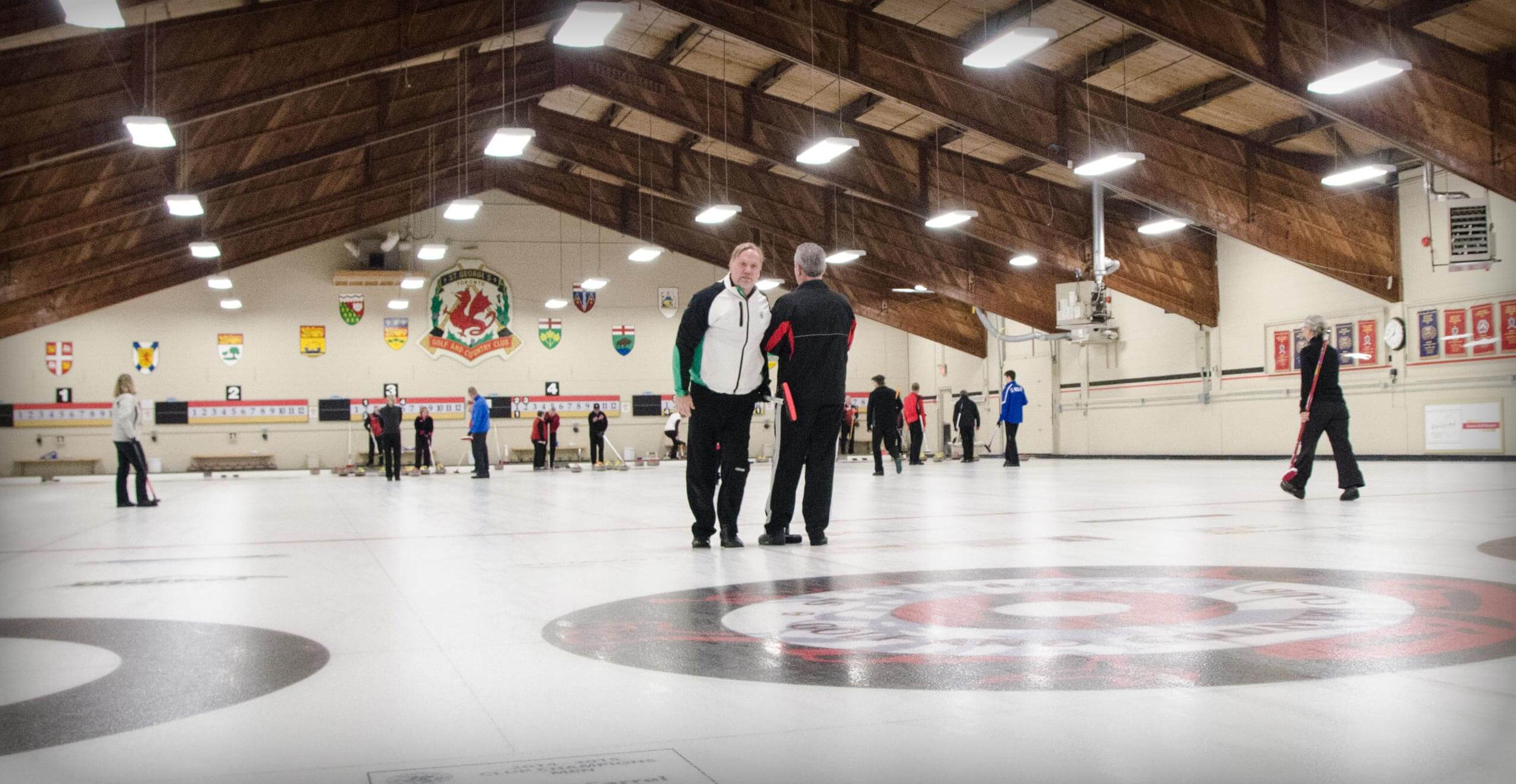 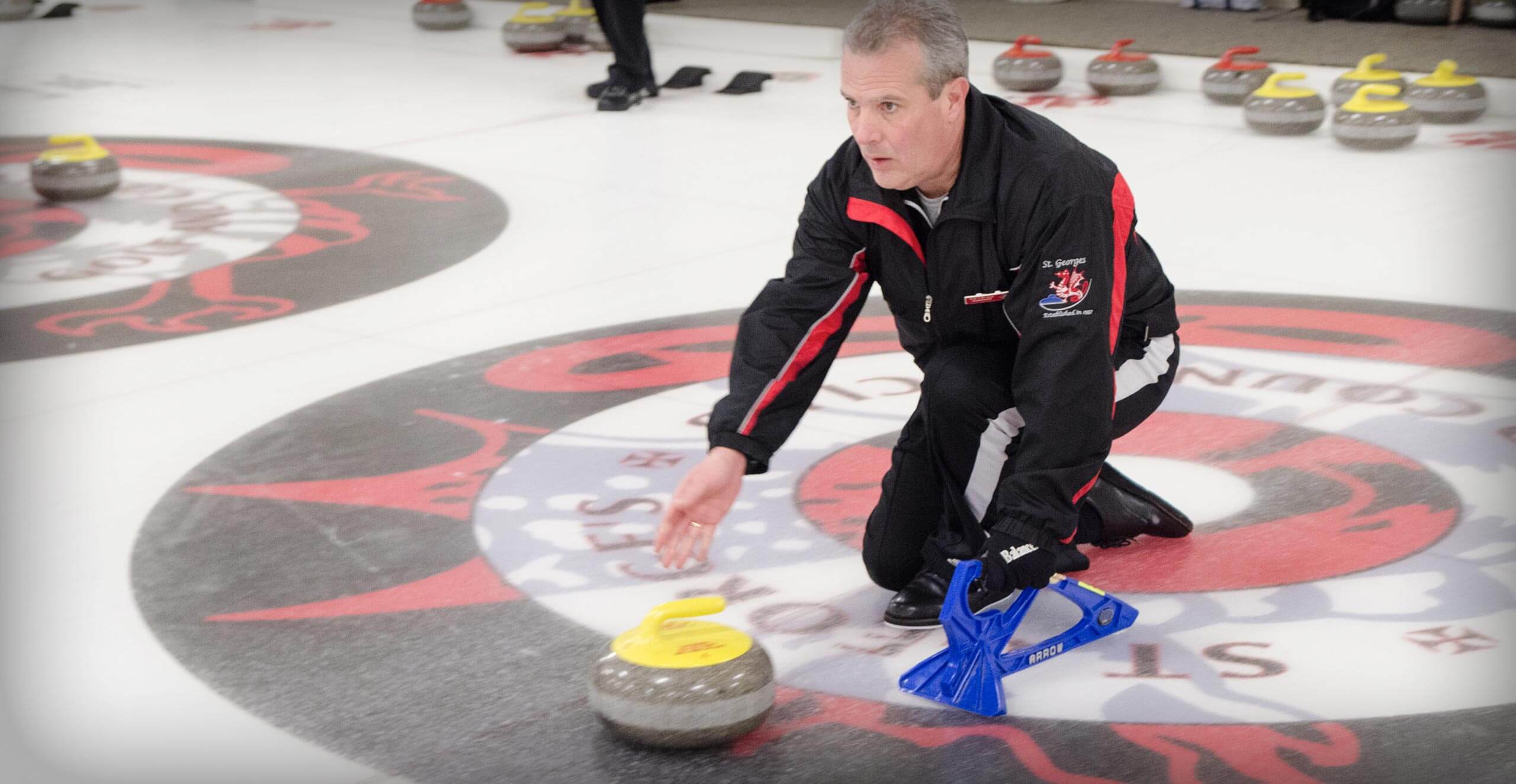 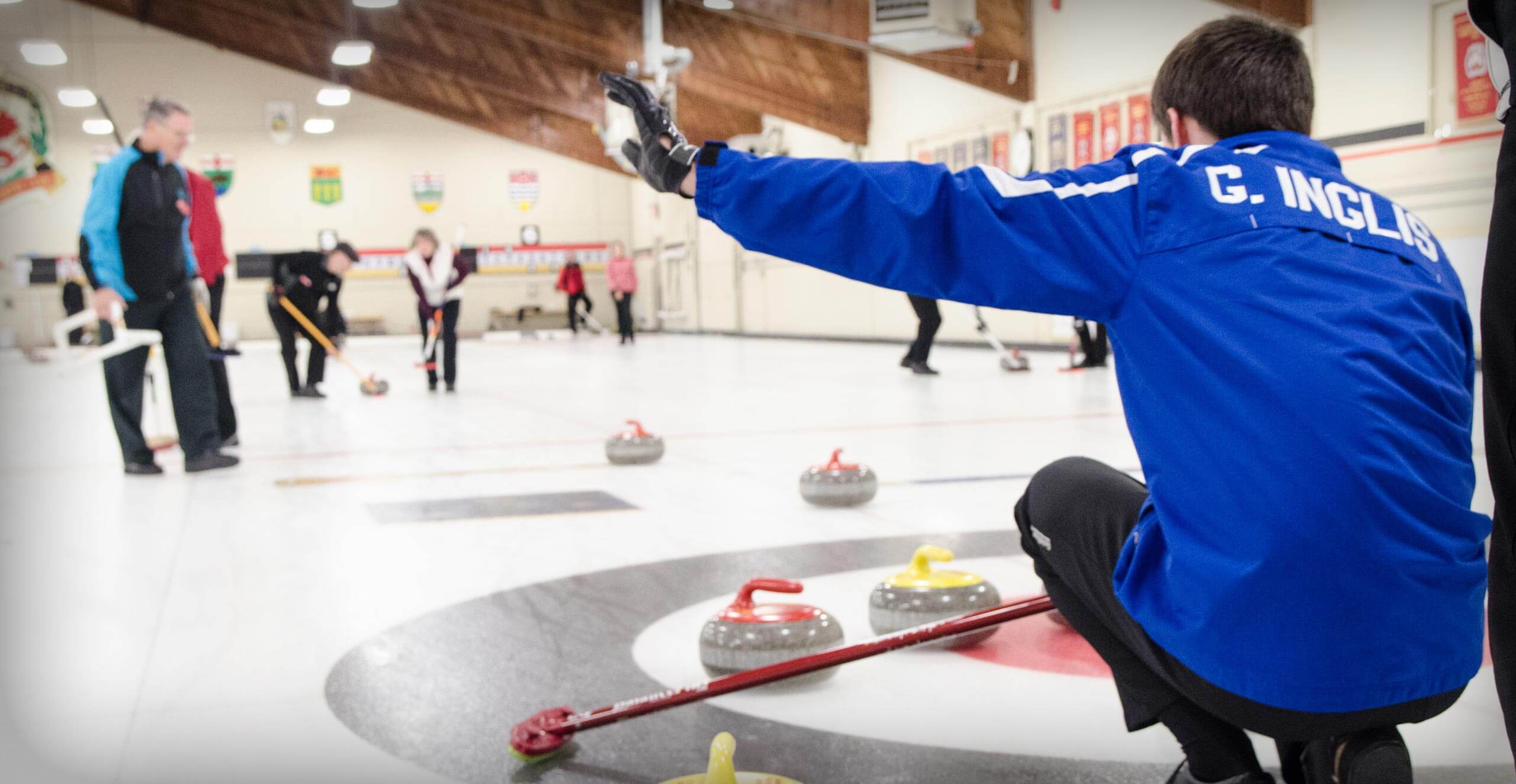 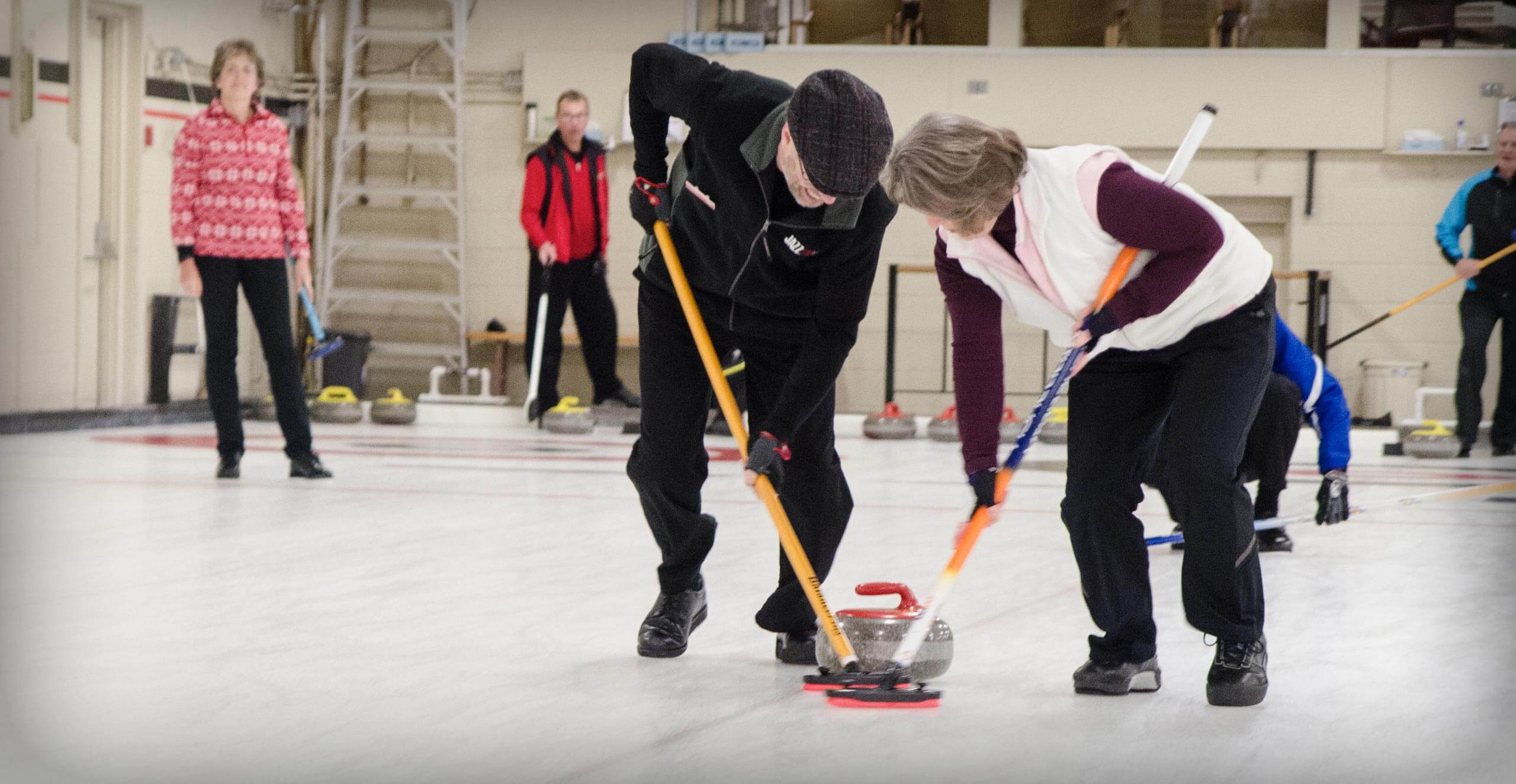 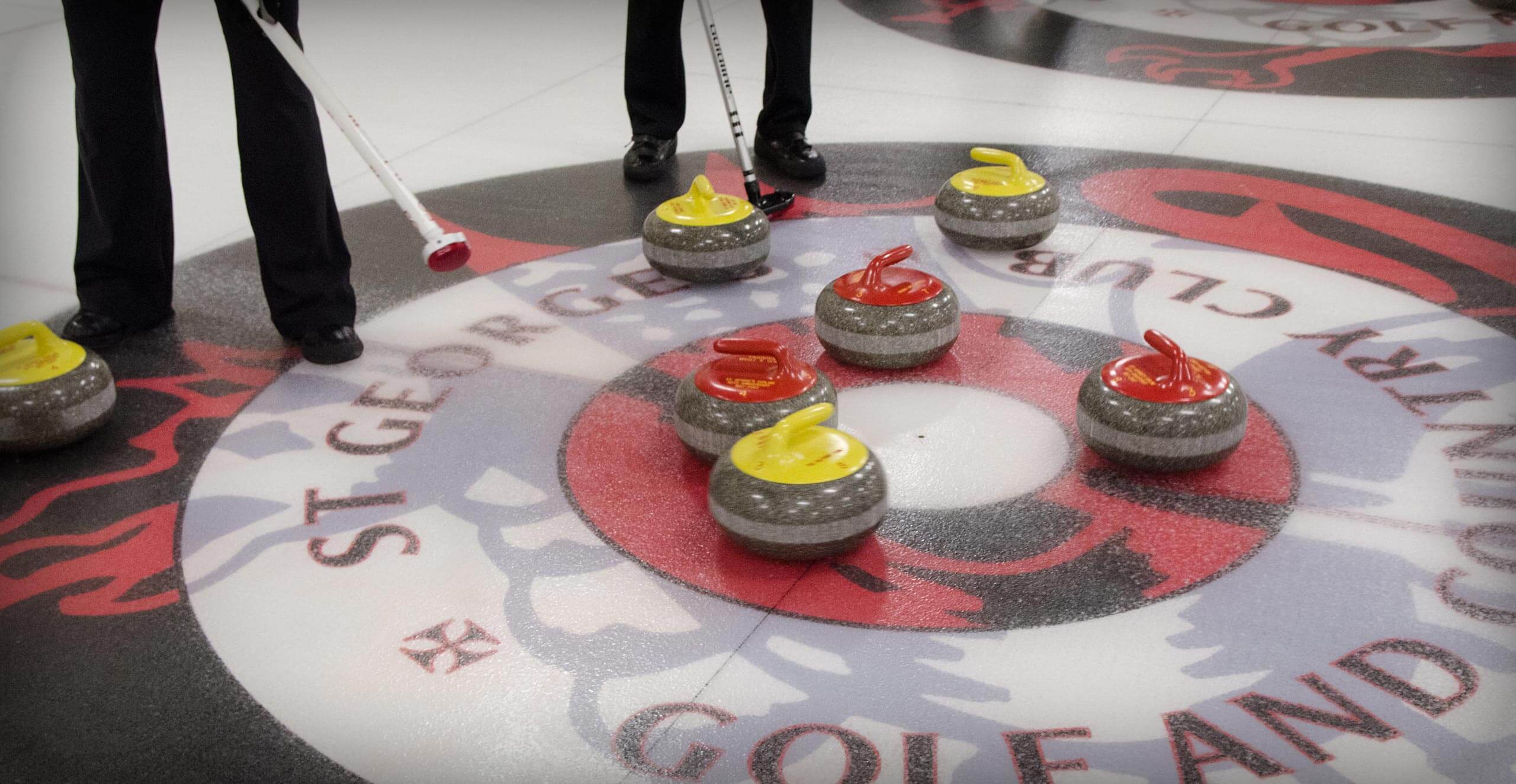 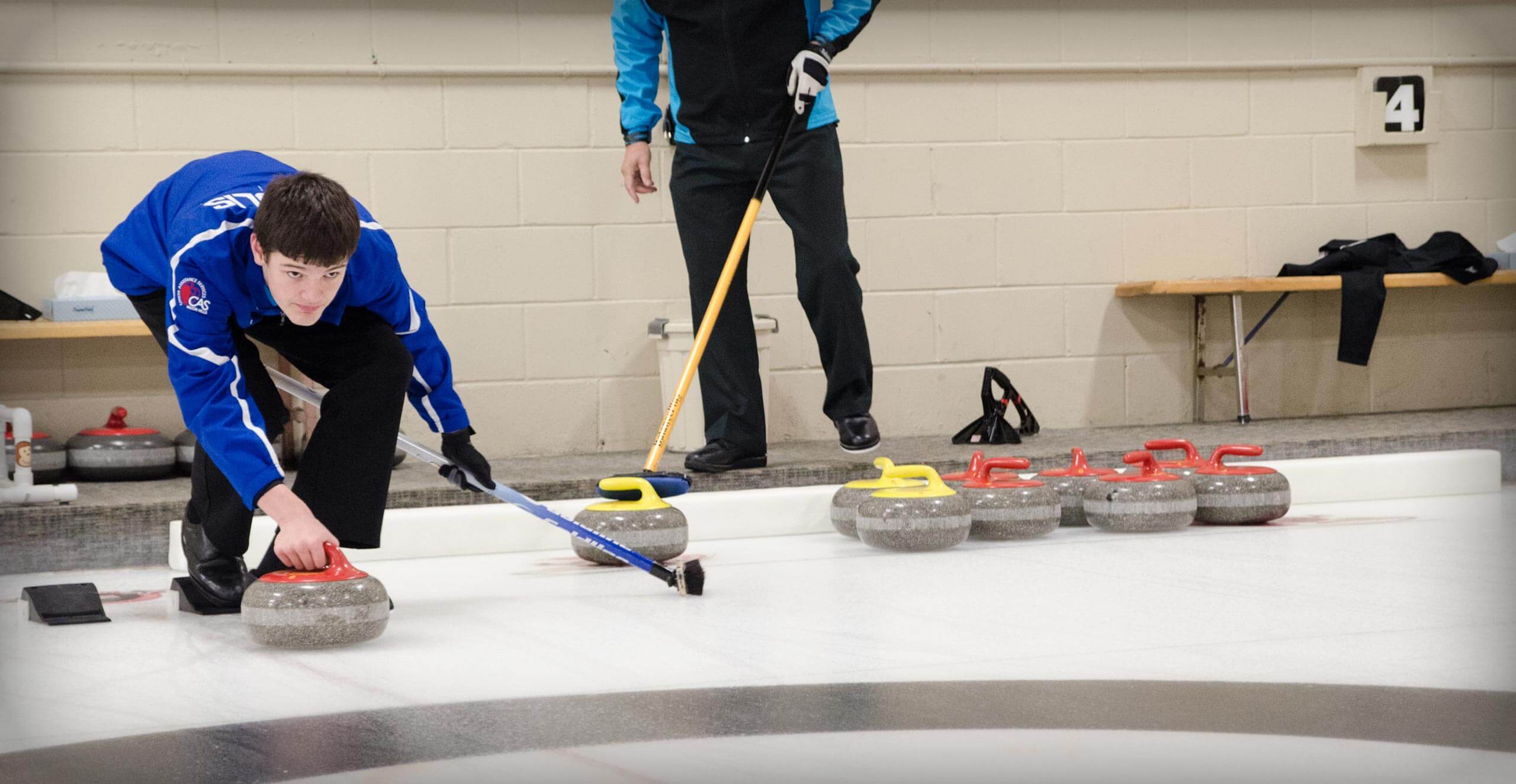 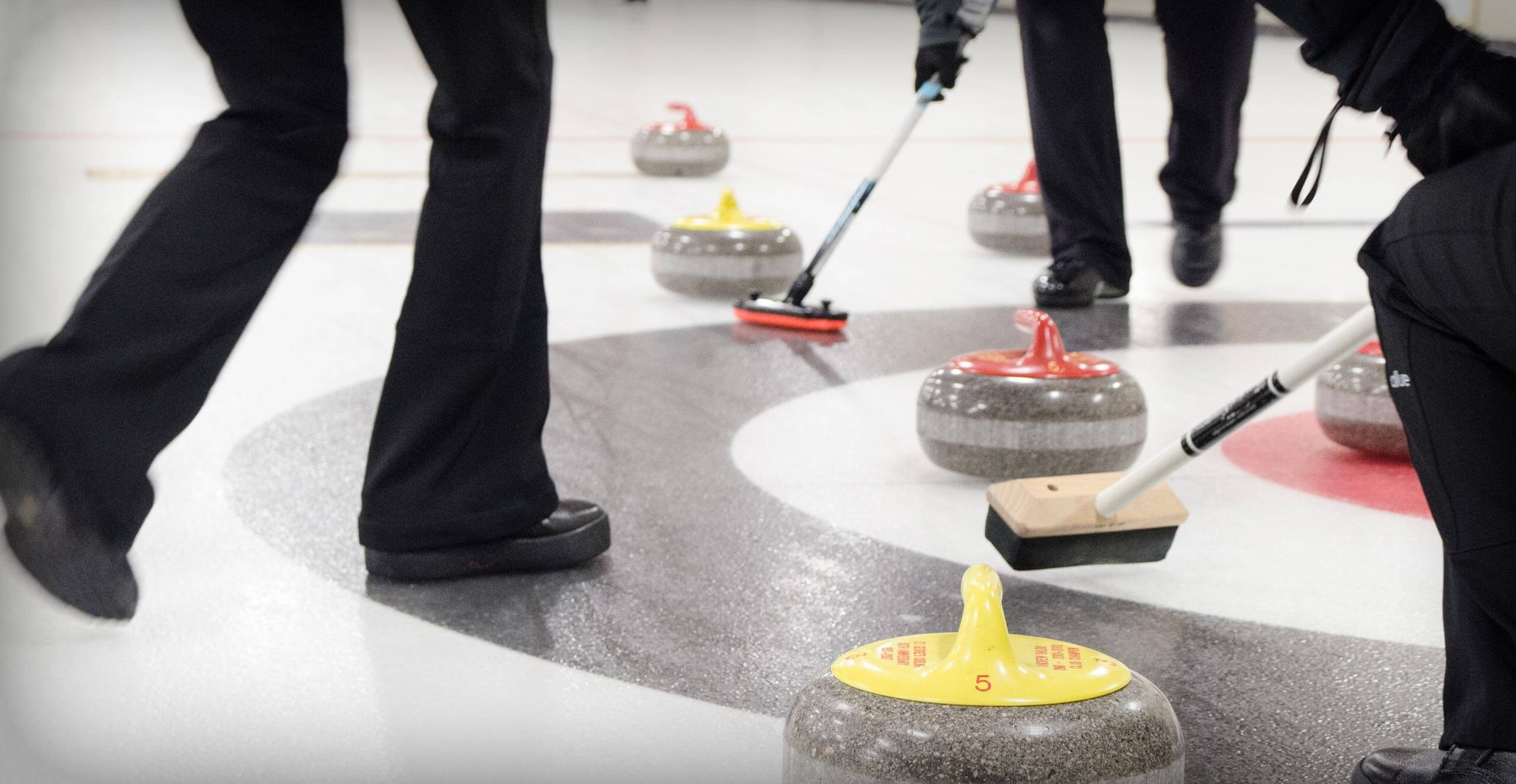 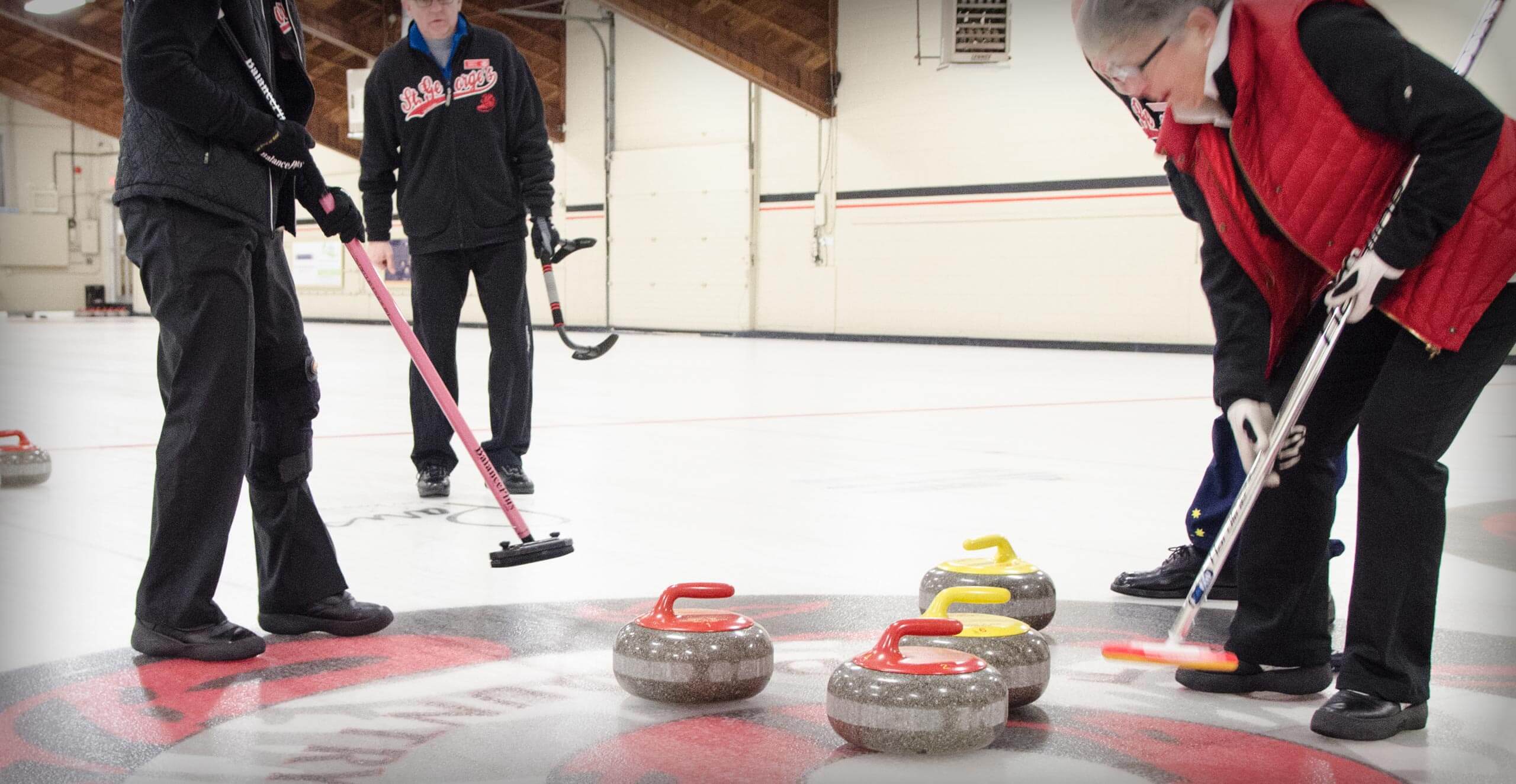 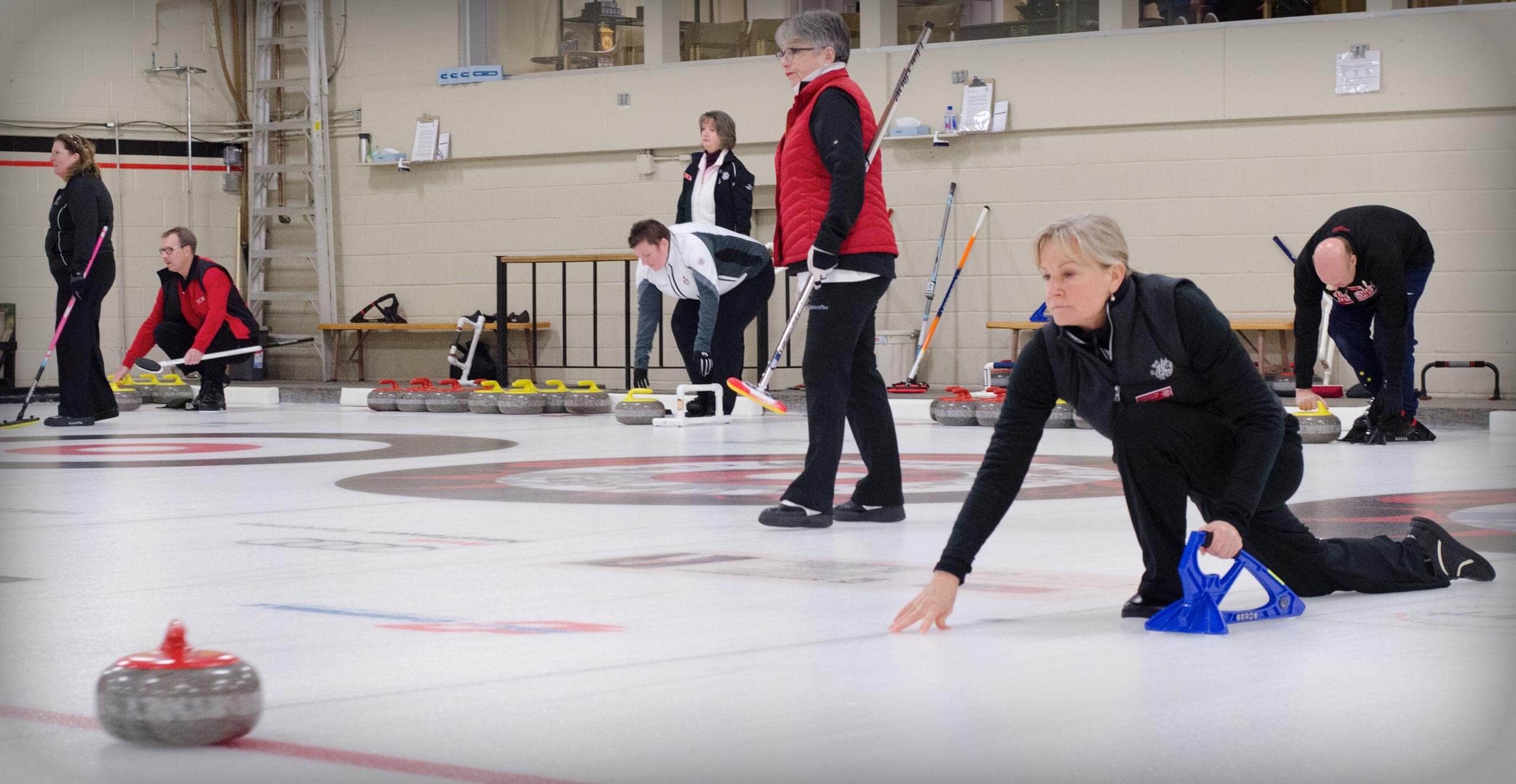 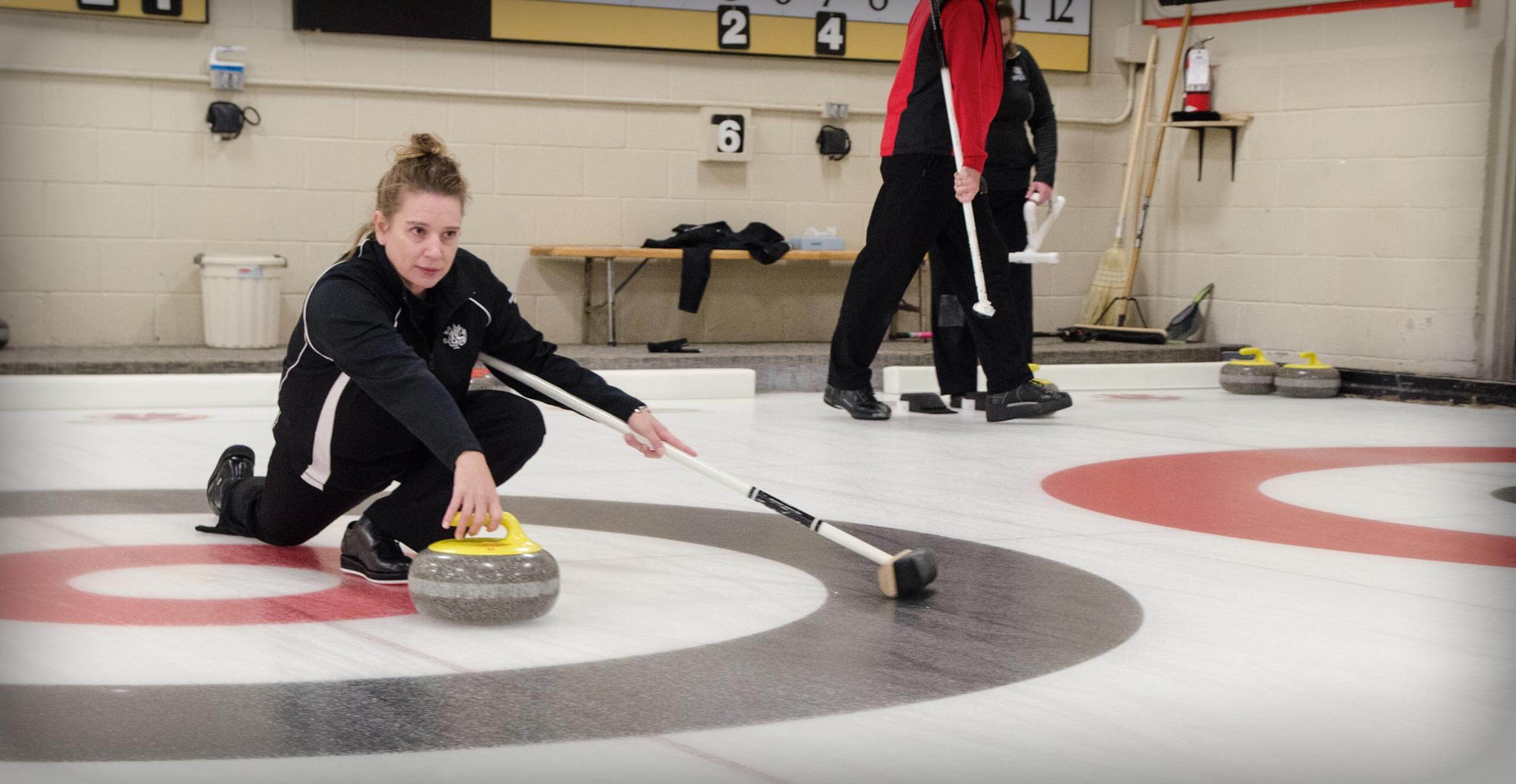 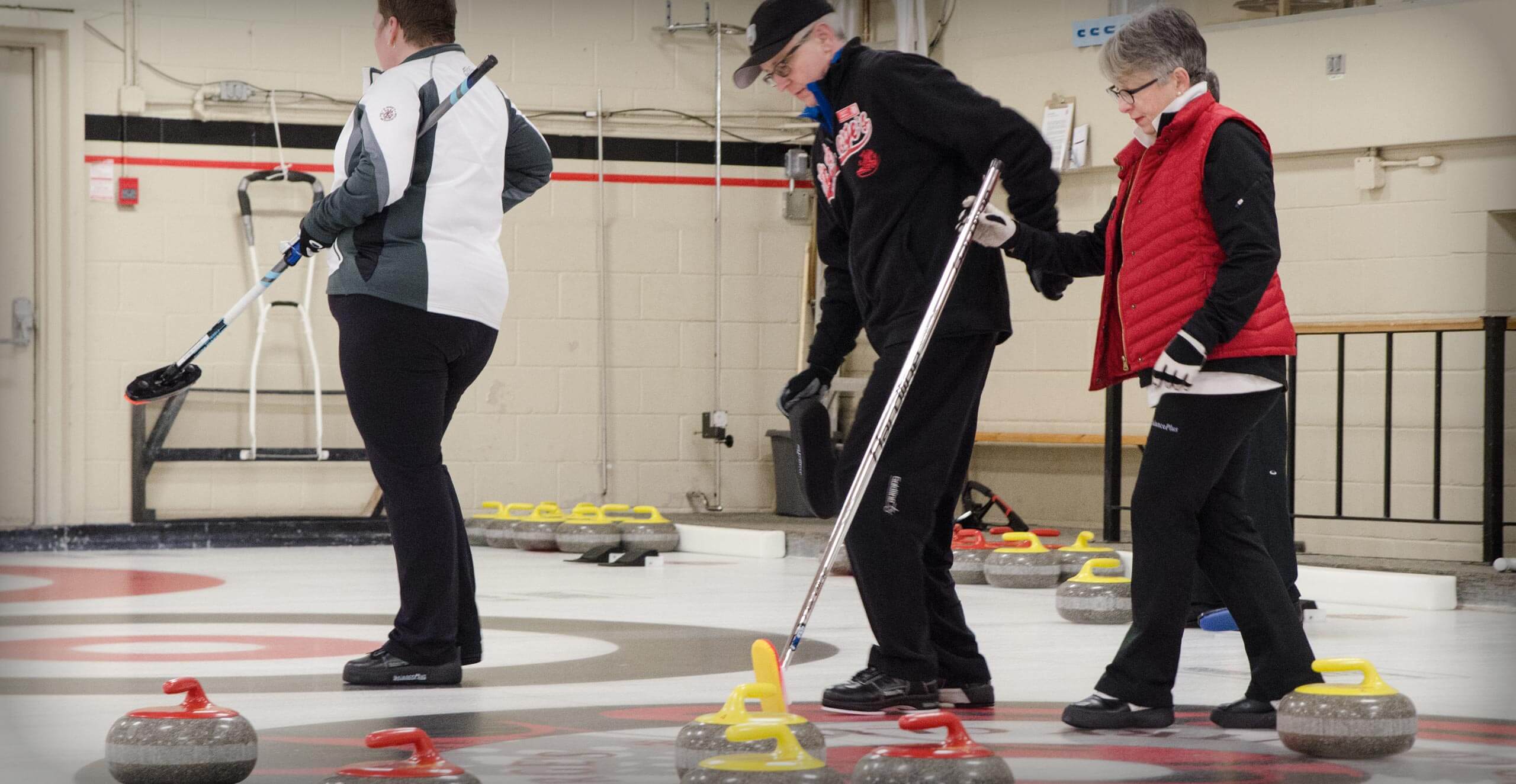 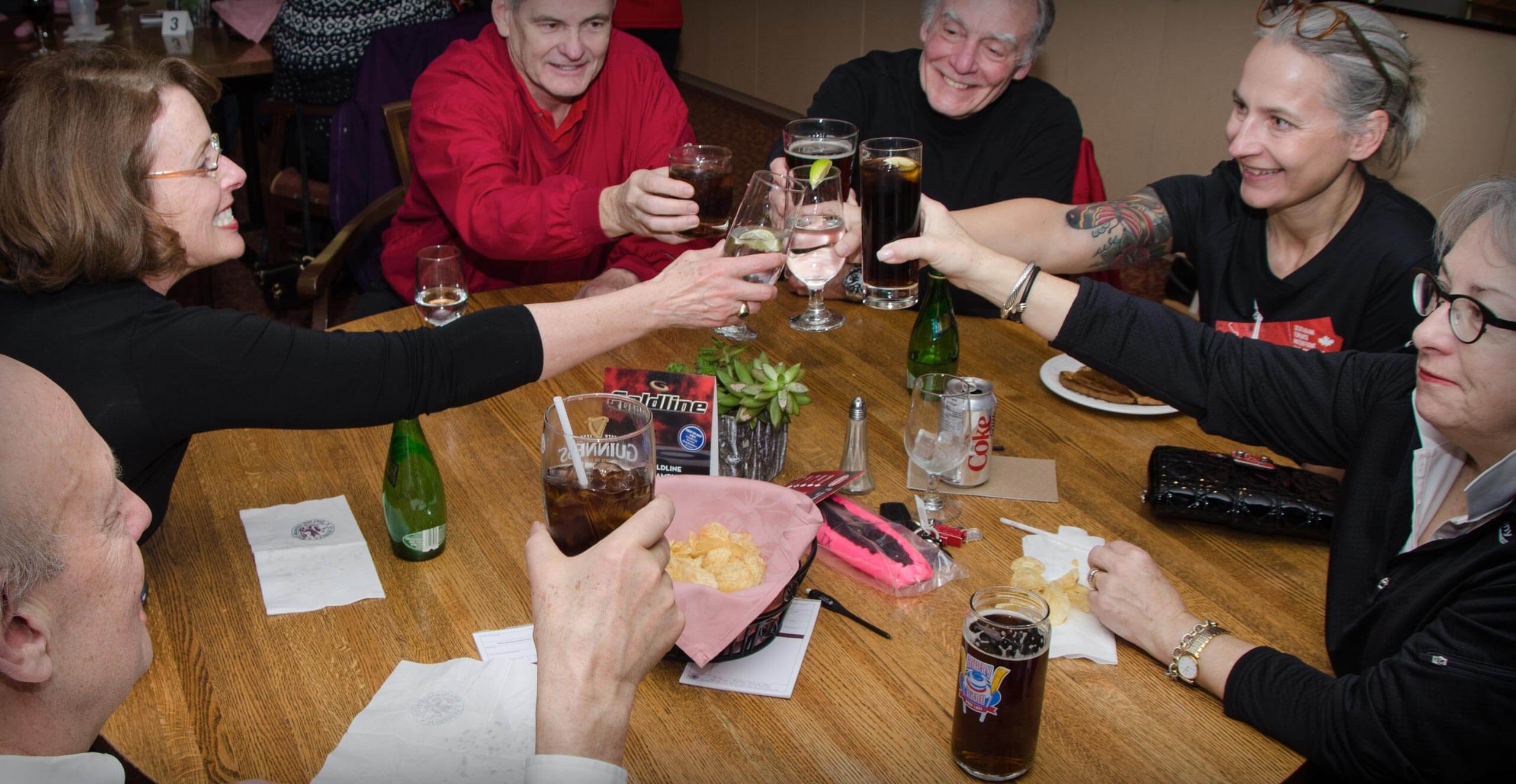 Curling at St. George’s enjoys a rich history, one that celebrates Provincial, Canadian and World Champions. Members of all ages enjoy and benefit from our wonderful facilities, whether they’re throwing rocks, playing in league games, competing in an event or simply dropping by to enjoy a meal with family or friends. All skill levels are welcome as we work with our members to position them in an appropriate level of activity, from learning the basics to our competitive leagues.

Discover a sport that captivates thousands of Canadians with our Learn to Curl program. Curling is a game of finesse and strategy and our introductory sessions are aimed at getting you game ready and comfortable on the ice. Learn to curl beginner leagues and programs are flexible and geared to people of all ages from youngsters and families right up to business professionals and seniors.

There’s much more to curling than just throwing rocks down a sheet of ice. It’s about being a year-round member of our club. It’s about meeting people, making friends and spending time with curlers who enjoy having fun on and off the ice. Our leagues and bonspiels are designed to bring people together in a social and relaxing environment and every event has something a little different to offer to keep your experience fresh and exciting. 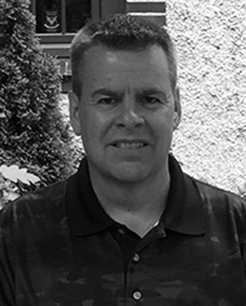 Paul has curled competitively for over 35 years, participating in numerous Men’s, Mixed and Senior Provincial Championships. Some of his curling career highlights include a runner-up finish at the Men’s Tankard Provincials in 1990, competing in the 2010 Grand Slam of Curling BDO Canadian Open, making it to the semifinals alongside Graeme McCarrel in the 2011 Men’s Tankard Provincials, and most recently, he won the 2016 Ontario Senior Mixed Championship.

Paul first joined the St. George’s curling department in September 2016 as the Draw Master. Over the last three years, he has helped to further develop the Learn to Curl program, helping members to meet their curling goals. He recently assumed the Curling Manager position and is focused on delivering an engaging, curling experience to our members.

The oldest in-house bonspiel at St. George’s is mixed, and was first held in 1958.

In December 1968 Bob and Joyce Dickson and Dave and Barb Watkinson played a double eight-ender in the Valentine mixed bonspiel.

In 1979 the curling members produced a professionally-scripted show and formed the St. George’s Repertory Company – this went on for seven or eight years.

Member, Joan Matheson, has skipped more rinks to major in-house curling trophies than any other woman curler at St. George’s.

Former Curling Manager, Graeme McCarrel, grew up as a golf and curling member at St. George’s. He and his family (Wally, Wilma, Hugh, Doug and Fran) were active members and competitors, bringing much pride to the St. Georges’ curling section.

St. George’s hosted the first Ameri-Canadian bonspiel with 16 rinks from the U.S. competing against 16 host club foursomes over three events. St. George’s dominated the first bonspiel. The event saw some 140 Americans travel north and partake in much fun on and off the ice. The event has since been renamed the International.

St. George’s Hall-of-Famer, Fern Irwin, excelled at golf and curling with equal athleticism. Six-time winner of the Club’s ladies’ golf championship, she also led her St. George’s rink to several wins including the Ontario provincial title in 1962 and 1965.