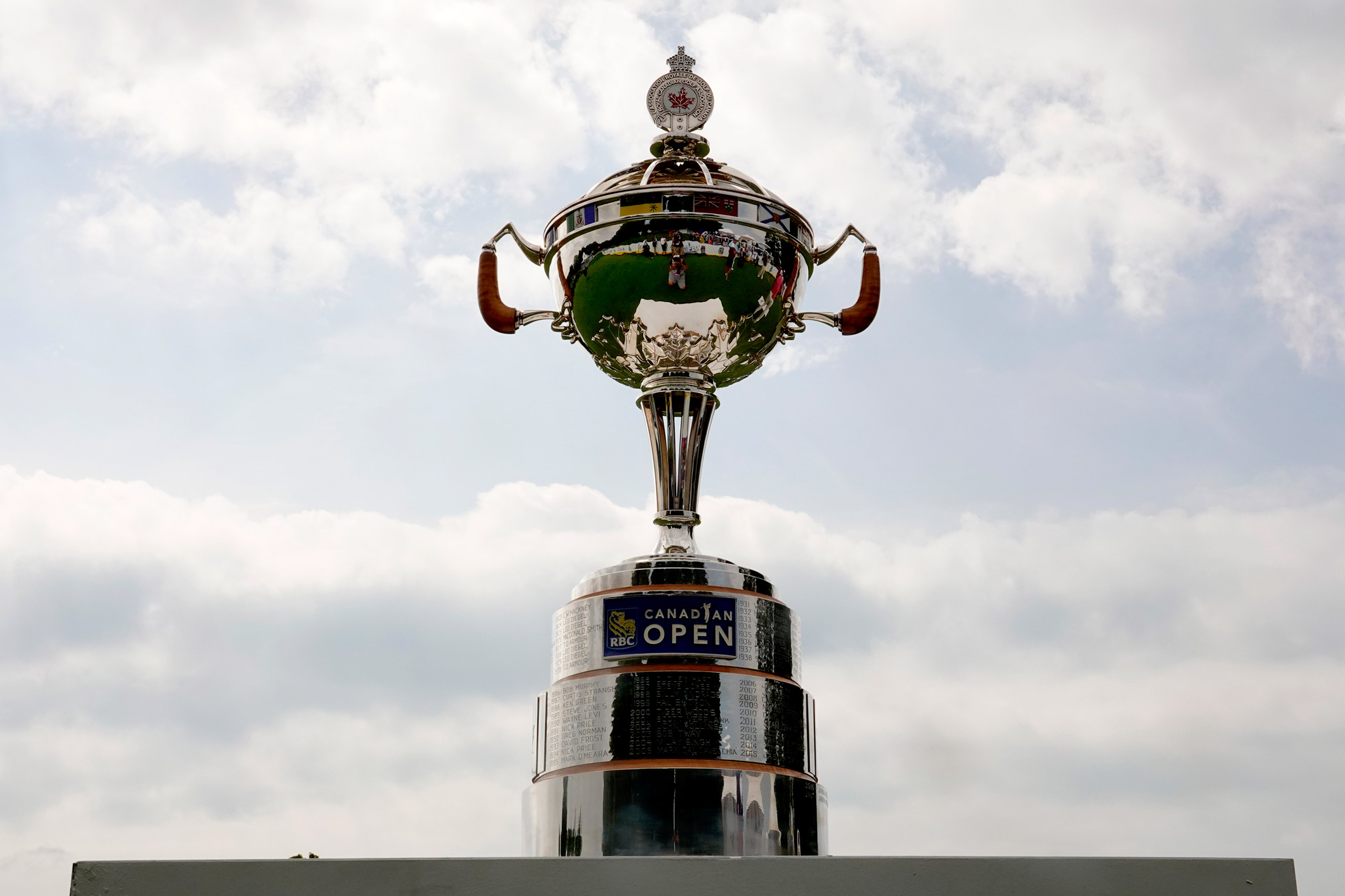 Commitment to the Game

St. George’s is poised to host the 2022 RBC Canadian Open. Through our partnership with Golf Canada and RBC, St. George’s will also host US Open qualifiers, and support the Golf Canada Foundation’s charitable efforts – together we hope to grow the game of golf by engaging players of all ages and abilities across the country.

Pettersson’s path to victory started on Friday night when he made a 10-foot putt at No. 18. He was well back of the lead and headed into the clubhouse wondering if he’d be booking a flight home, before long he had seven beers and his caddy had to drive him home. Pettersson made the cut and was in contention to win the tournament after shooting a 10-under 60 in rainy lift, clean, and place conditions.

Sunday got off to a slow start for Pettersson as he was two over through seven holes and six behind Dean Wilson. Pettersson gained on the leader with birdies at the eighth, nineth, 11th, 13th, 14th and 15th holes to put him in the lead. Wilson bogeyed No. 12 and 14 and failed to birdie the 15th. Pettersson’s three putt on No. 18 left him at 14 under par good for a one-stroke victory posting a 67 to win the101st Candian Open.

The stage was set for a great finish. The second to last group for the final round featured Casper, Nicklaus and Charles. The last group off the tee included; Knudson, Aaron and Sifford. Charles finished with a championship flourish and a wonderful 66 in the final round (70-68-70-66-274) to defeat Nicklaus by two strokes and win $25,000. The left-handed New Zealander went head-to-head against Nicklaus (73-68-68-67-276). Nicklaus’ towering drives were continually 30 to 50 yards beyond Charles’. Charles birdied No. 18 with a dramatic 7-iron second shot to within six inches of the pin to secure the two-shot win with a 72-hole total of 6-under par 274. It was the second straight week in a row that Nicklaus finished second. He came to Canada after losing the U.S. Open by a stroke to Lee Trevino and was winless on the season to that point.

In the opening round Al Balding smoked around St. George’s with a 64 to smash the course record set by Jim Ferrier in 1949. The lanky kid, who grew up a few blocks from the course, was two shots ahead of another skinny fellow, Don January, Montreal’s 27-year-old star Alan Johnston, Don Whitt, Paul Harney and Art Wall Jr.

Wall shot a rough-tinged 67 at St. George’s for a one-shot lead at the halfway mark of the tourney with a 36-hole total of 133 (66-67) – 11-under par. The biggest following of the day was for Balding’s group that included Sam Snead. Balding climbed to 70 and surrendered a one-stroke lead to Wall.

In round three on Friday, Balding shot a 77 and surrendered the tournament to Wall, who posted spectacular rounds of 66-67-67-69-269 – 19 under par, 288. Saturday’s final round featured a flash flood that delayed play. Balding and playing partners Don Fairfield and Gene Coghill stopped in a neighbours’ garage during the delay, with Balding sitting in a Cadillac with his wife. The leader, Wall, and his two playing partners, the congenial Tommy Bolt and the sweet-swinging Gene Littler, crashed a cocktail party in one of the homes adjoining the course. Wall played the final 16 holes after nearly a three-hour delay. The runners up, six strokes back, were Americans Jay Herbert and Bob Goalby.

A record field of 189 competitors started in the 1949 Canadian Open. The course had no watering system and played much shorter than its 6,645 yards as the field struggled through almost unbearable heat and humidity. The Township of Etobicoke curtailed the use of water in the evening hours, and when the competitors went to take their showers in the clubhouse, only air came out!

Making his fourth Canadian Open appearance, Dutch Harrison, 39, opened with a 6-under par 66 the first day to take the lead. The Little Rock, Arkansas native then added scores of 67 and 71 before a final round 67. Harrison finished 17-under par and four strokes better than Jim Ferrier – the Australian giant who set the course record on the final day with a 65. Bill Kerr from Beaconsfield, PQ was the low Canadian (70-69-71-67) and winner of the Rivermead Cup.

With up to 10,000 spectators on hand for Saturday’s final round, Harrison won the Canadian Open by monotonously chipping strokes off par. He finished four strokes ahead of Ferrier who shot a course record 65 in his final round for second place prize money of $1,400. Kerr finished as the top Canadian in a three-way tie for third at 277 with Hawkins and Turnesa, while Gray finished T17 at 285. Harrison made the Ryder Cup team later that year.

The Royal York Golf Club (now St. George’s G&CC) hosted its first Canadian Open Championship in 1933, after first opening for play late in the summer of 1929. The Club was so far out of the city at that point that special buses were pressed into service to take the gallery to the course from the Royal York Hotel, where many players and guests stayed.

There weren’t many more spectators than players, and publicity was handled on the social pages of local papers. However, the Globe and Mail reported that up to 5,000 spectators watched the final two rounds, 36 holes, played on the Saturday – tournament golf wasn’t played on Sunday at that time.

Joe Kirkwood, who had made more money as a trick-shot performer than as a touring pro, started the championship with an opening round 71. He trailed Harry Cooper, the defending champion from Chicago by one stroke. When the scores had been totalled for the second day’s play, Kirkwood, an Australian, trailed young Bobby Alston from Ottawa, Rivermead’s 24-year-old professional, by a shot after posting a 72. After the third round on Saturday morning, for which he returned a card of 70, Kirkwood led by four strokes as Alston posted a 75 holding on to second spot.

Playing with Alston in the fourth round on Saturday afternoon, Kirkwood posted his best round of the tournament, a 69, for a clear cut eight stroke victory at 6-under par (71-72-70-69-282).